A brief history of the Project

Prior to the 2004 Tsunami, Janaka de Silva, the Project Manager of Volunteer Sri Lanka, decided to build a small library and study centre to help poor local children and adults living near the local Buddhist Temple. The monks donated some land in their temple compound for the erection of the building. Without their generosity it would have been impossible for the library to have been built as there was no way that a sufficient amount of money could have been raised to buy land. Venerable Sumana and the other monks continue to be a terrific support to the project. They now caretake the buildings and work with the children at weekends. 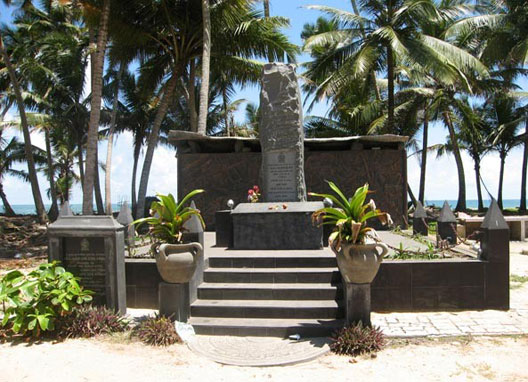 Tsunami Memorial at Periliya near Galle

Then on 26th December 2004, the devastating Tsunami happened. Most people lost family members and very many also lost everything they owned. Janaka lost both his parents. He decided that the time was not right to continue with his project and he spent the money he had raised helping survivors rebuild their lives. 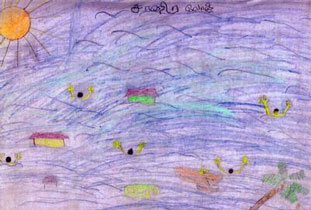 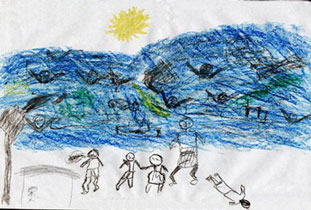 Pictures of the tsunami as seen through the eyes of Sri Lankan children. 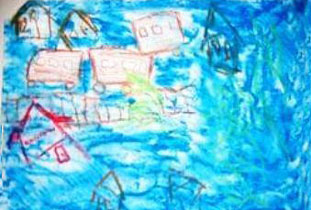 "Tsunami is the most unfortunate moment happen in my life."

Soon afterwards, when all the money had been spent, a British woman heard about what had happened and made contact with Janaka to discuss the whole project and Janaka’s aspirations for it. She was very impressed and immediately started fund raising amongst friends and family.

Using these funds, together with a donation from the Rotary Club of Portsmouth and Southsea, UK, the Library was built in the grounds of the Temple and a small plaque was made to honour the deceased relatives of all the donors. The Library was opened on the anniversary of the tsunami – exactly one year later on December 26, 2005, and named ‘The Tsunami Memorial Library’. The donated funds also provided books for the library, a few second hand computers, built a community room, sick room, kitchen and sanitary block so that the project would have the facilities to expand and so better serve the local community. All labour was done by local workmen which meant that employment and income was provided for poor workers and their dependents. 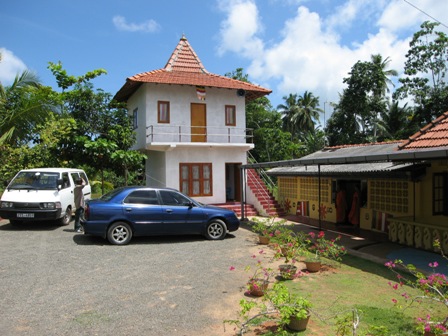 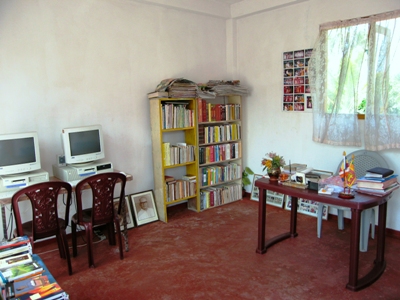 The downstairs room with the first books!

Although the Tsunami happened several years ago and most people have re-homed themselves or been helped by NGOs to do the same, the effects are still far reaching. Many people, even those living inland and in areas untouched by the water itself, lost close and extended family members. The emotional effect of losing these family members was devastating. Many poorer families are often supported by a single extended family member. Often these mainstay family members are employed in the coastal areas in the tourist industry and the infrastructure supporting it. So many Sri Lankans living inland also have lost their principle means of financial support when those relatives were killed. Many Sri Lankans still need the support of whoever is kind enough to give it.

With this in mind, Janaka has opened the project to volunteers and, although the name of the Tsunami Memorial Library remains the same, he has called his project Volunteer Sri Lanka to reflect the fact that it has the potential to benefit many different sections of the poor Sri Lankan community in the greater Galle area and, in time, possibly even further afield.

The Volunteer Sri Lanka Project works hard to place volunteers according to their skills and preferences, to raise the future prospects of poor children and improve the skills of adults to enhance their employment prospects and their ability to provide for their families. During their time in Sri Lanka volunteers will help make a difference to the lives of future generations and increases the ability of poor people to withstand the disasters and misfortunes that all too often affect the lives of those living in the developing world. 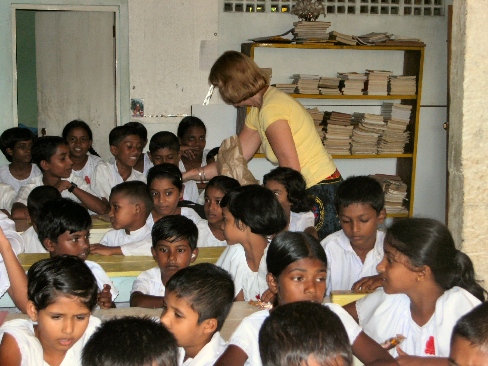 A volunteer at the Sunday School at the Temple 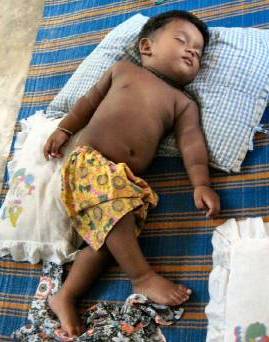